Wendell Holmes, vocalist, guitarist, pianist and songwriter of the critically acclaimed soul/blues band The Holmes Brothers, died on Friday, June 19 at his home in Rosedale, Maryland of complications due to pulmonary hypertension. Earlier this week, Wendell addressed his fans and friends in an open letter as he moved into hospice care. He was 71. 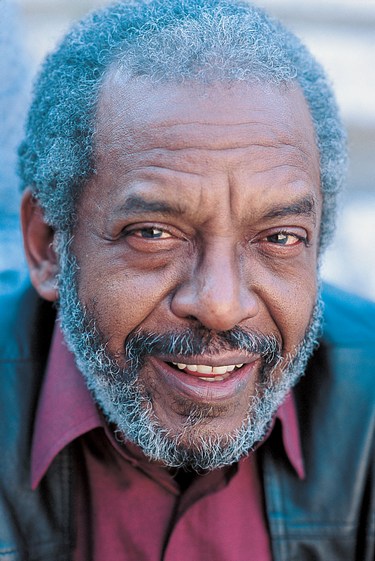 Wendell retired from touring earlier this year when he was first diagnosed. Holmes Brothers drummer Willie “Popsy” Dixon died on January 9, 2015 of complications from cancer. Brother and bassist Sherman Holmes continues to carry on The Holmes Brothers legacy with The Sherman Holmes Project featuring Brooks Long and Eric Kennedy.

Wendell, the man Entertainment Weekly has called “a timeless original,” was born in Christchurch, Virginia on December 19, 1943. He and his older brother Sherman were raised by their schoolteacher parents, who nurtured the boys’ early interest in music. As youngsters they listened to traditional Baptist hymns, anthems and spirituals as well as blues music by Jimmy Reed, Junior Parker and B.B. King. According to Wendell, “It was a small town, and my brother and I were about the only ones who could play anything. So we played around in all the area churches on Sundays.” The night before, though, they would play blues, soul, country and rock at their cousin’s local club, Herman Wate’s Juke Joint. “When he couldn’t get any good groups to come from Norfolk or Richmond, he’d call us in,” Wendell recalls. “That’s how we honed our sound. We used to say we’d rock ‘em on Saturday and save ‘em on Sunday.”
Once Wendell finished high school he joined Sherman, who had already begun playing professionally in New York. The two brothers played in a few bands before forming The Sevilles in 1963. The group lasted only three years, but they often backed up touring artists like The Impressions, John Lee Hooker and Jerry Butler, gaining a wealth of experience. Sherman and Wendell met drummer Popsy Dixon, a fellow Virginian, at a New York gig in 1967. Dixon sat in with the brothers and sang two songs. “After that second song,” recalls Wendell, “Popsy was a brother.” They continued to play in a variety of Top 40 bar bands until 1979, when the three officially joined forces and formed The Holmes Brothers band.

The band toured the world, releasing 12 albums starting with 1990’s In The Spirit on Rounder. Their most recent release is 2014’s Brotherhood on Alligator. The New York Times calls The Holmes Brothers “deeply soulful, uplifting and timeless.”

In September 2014, The Holmes Brothers were honored with a National Endowment For The Arts National Heritage Fellowship, the highest honor the United States bestows upon its folk and traditional artists. They won two Blues Music Awards including Blues Band Of The Year in 2005. The Holmes Brothers are featured on the cover of the current issue of Living Blues magazine.

Wendell is survived by his wife, Barbara, daughters Felicia and Mia, brothers Sherman and Milton, and three grandsons.