Willie “Popsy” Dixon, drummer and vocalist of the critically acclaimed soul/blues band The Holmes Brothers, died in Richmond, Virginia on Friday, January 9. He had recently been diagnosed with stage four bladder cancer. He was 72 years old. 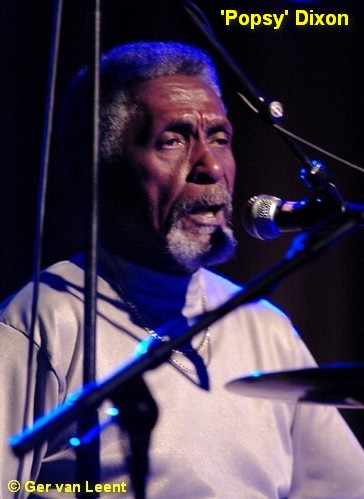 Dixon, born in Virginia Beach, Virginia on July 26, 1942, was celebrated for his soaring, soulful multi-octave vocals and his driving, in-the-pocket drumming. He first met brothers Sherman and Wendell Holmes at a New York gig in 1967. Dixon sat in with the brothers and sang two songs. “After that second song,” recalls Wendell, “Popsy was a brother.” They played in a variety of Top 40 bar bands until 1979, when the three officially joined forces and formed The Holmes Brothers, which The New York Times described as “deeply soulful, uplifting and timeless.” They toured the world, releasing 12 albums starting with 1990’s In The Spirit on Rounder. Their most recent release is 2014’s Brotherhood on Alligator.
Dixon first played the drums when he was seven. He told Blues On Stage, “My mom and dad took me to the store and told me to get anything I liked. There was this tiny red drum set, with a tiny little kick drum and snare…little cymbals. Now, that’s what I wanted! By the next morning, the thing was in the trash can. I beat it all to death. But, I tell you what…I knew how to play after that. I just knew. I had the rhythm down pat and had timing too. Just that fast. I been playing ever since.”
The Chicago Tribune described Dixon’s voice as “otherworldly…a gift to the world of music.” Living Blues said, “Popsy’s voice is a wonder…spontaneous and raw.”
In September 2014, The Holmes Brothers were honored with a National Endowment For The Arts National Heritage Fellowship, the highest honor the United States bestows upon its folk and traditional artists. 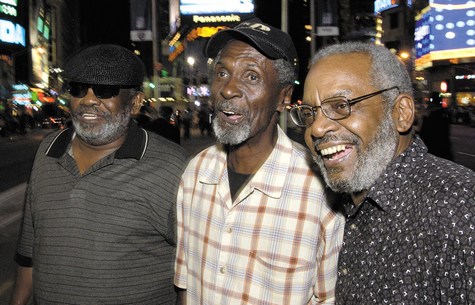